‘Do You Feel It Too?’ by Nicola Rendell was a wall banger.

Synopsis: Urban-legend hunter and television host Gabe Powers is investigating the most notorious haunted places in Savannah. Then he meets his new sound engineer, a dewy Georgia peach who may just turn this gig into (im)pure pleasure. All it takes is one night for them to conjure floor-rattling, wall-banging moans…but they’re not from the ghosts. Blame the rippling abs, the cocky swagger, the granite jawline, the whole muscle-bulging package, but Gabe is bringing out good-girl Lily Jameson’s dirty side. There’s just one kink in the relationship they’ve been avoiding: soon they’ll be going their separate ways. Lily’s home is in Savannah, and Gabe is a globe-trotter at heart. For them to be together, they’ll both have to upend their so-very-different worlds and face their fears in the process.

I found the ghost hunting aspect really fun and it was hilarious at times but this was lost in the second half of the book and I didn’t realise it until that awful ghost encounter that Lily had towards the end. Way to completely ruin a book there, and you would think that Lily would then mention it to Gabe since, you know, he was investigating them, but no. The General though, absolutely loved him. I wish there had been more scenes with him and I really want a parrot like him. My aunt used to have one but it was nowhere near as chatty as the one in this book.

There were some steamy scenes and sometimes it was quite eye opening but there wasn’t as much sex and I thought there would be which is kinda a blessing to be honest. I think if there had been more, it would have just come across as tacky and that just ain’t cool. It has to be said: I am a sucker for a romance BUT it has to be done well. I liked this book – it was easy to read, every action and thought the characters had was understandable (to an extent) however, it was a bit much in some places. I enjoyed the cute smiles, the dates, and the way Gabe seemed to fit himself into Lily’s life so seamlessly but there were so many scenes that just felt forced or the characters said/did things that I just don’t agree with happening in real life (example: proposing not only marriage but an entire life to someone you’ve known for a week?!).

To conclude, it was a quick, enjoyable escape. Definitely not the best that I have ever read but it wasn’t the worst either. Sometimes Gabe across as ‘too alpha’ and there was no contraceptive discussions which is awful.

“My life had always had lots of love in it. But not until that moment did I have any idea at all what true love felt like.” 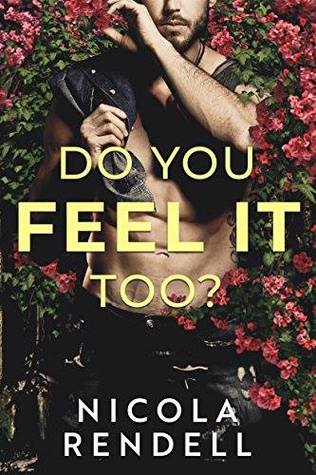