‘It Ends With You’ by S.K. Wright was suspenseful.

Synopsis: Eva is dead, found in a ditch in the woods, stabbed 13 times. She was beloved by all, beautiful, and she had a bright future ahead. Fingers are immediately pointed at her boyfriend, Luke, who had a violent past and previous brushings with the police. As momentum in the case grows, more people become convinced it was him, especially after the murder weapon is found. With the police believing it an open and shut case, they stop investigating further. But secrets are uncovered and CCTV footage is enhanced, the question is: did they really arrest Eva’s killer?

I had difficulty connecting to any of the characters in this book. I’m not sure what it was but they all seemed ‘off’ – perhaps it was because they were all a little self-absorbed? The only character who seemed to really stop and think about how other people were feeling was Carolina but then I didn’t like her because of the blog posts. I also want to say this: I never thought Luke was Eva’s murderer. I know he had the violence and emotional instability for it but he genuinely seemed to care for her and I just didn’t believe it.

I really enjoyed the format of this book. The story was told through traditional chapters but also through texts, diary entries, letters, youtube screenshots and instagram posts. I felt that this showed the generation and social interactions of today quite well and it fit perfectly with the mystery regarding Eva’s killer. I found the mystery/thriller aspect of the book quite exciting and it definitely kept me on the edge. It was really well done and I liked how all the characters/suspects had been connected. I did think it was Rob at one point, as well as DI Jackson but as soon as the Starbucks scene happened with Sebastian, I knew he was the one.

I felt like the police in this story were complete wet-wipes. They didn’t look into every lead (girl who spoke about a video anyone?) and they covered for one of their own (DI Jackson’s credit card at the hotel) and they had complete tunnel vision (refused to even glance at other evidence/leads/suggestions after Luke was arrested). This book didn’t paint the police in the best light at all, especially when the reader KNOWS the killer is still walking free, potentially about to commit another murder. I found the ending completely lacking and I’m hugely disappointed by it.

This book was unputdownable. I read it so quickly that I feel like I have whiplash. And I get a sucky ending for my troubles. I enjoyed reading this and I loved the thrill of trying to figure out who done it but know that I know who the murder is, their’s no justice. I feel let down. It’s still a good book but I would have preferred an ending where the truth wasn’t made a joke of, and everyone knew.

“If I’d told the truth, it would have been fiction.” 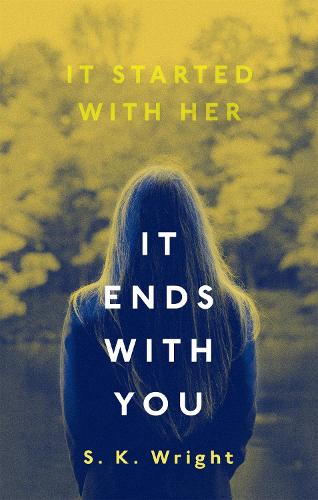