‘A Thousand Perfect Notes’ by C.G. Drews is passionate.

Synopsis: Beck is a pianist and all he thinks about is music; all he’s ALLOWED to think about is music, because his mother doesn’t allow distractions such as homework, food or friends to interfere with his practising. Beck hates it and he dreams of playing his own music someday. When Beck is coupled with August for a school project, she breathes life into Beck and he gets a taste of freedom and love. With the opportunity of a lifetime on the horizon, can Beck fight for what he wants?

I liked Beck but he was a bit of a pushover. It took August showing her inner strength for Beck to grow a spine. Like, what? But, he was extremely loving towards his sister and I love that he is basically her primary caregiver. I found his quips towards August hilarious and I really enjoyed their interactions. Except, I also didn’t see the point in August. She could’ve been completely removed from the story and the outcome would have been the same. However, she was a free spirit and she contrasted against Beck very well. They definitely make a cute couple and I think their relationship would’ve lasted a long time had things been different.

The writing is amazing. It’s full of beautiful imagery (somewhat savage sometimes) and every sentence is able to convey the maelstrom of feelings in this book. Also, Beck had the best comebacks and they truly made me giggle, I love his indifference. However, there was violence and I wasn’t prepared for it. After the first few chapters I had figured that there would be at least one scene where abuse would be displayed but I got a lot more than I bargained for. For some reason, this level of abuse came at me from a bizarre angle and yes, it did add to the story and it was needed but perhaps just not that much?

It was a consuming book. I didn’t want to put it down and it was a short book so that helped. I didn’t understand some of the musical references so I couldn’t properly envision the sounds of the story but it was very passionate. You can tell the author felt strongly about this story and that is something to be admired.

“But the notes inside him roil and break and press so hard against his skin they’ll rip the seams and he’ll burst and – maybe they’ll call him empty after all. Maybe no one can see his music, his own music, but him.” 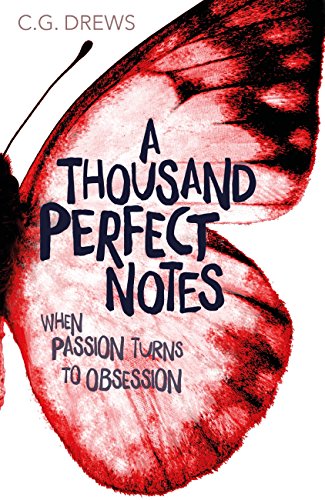