‘What The Valley Knows’ by Heather Christie is a quick read.

Synopsis: Molly is at a new school, and with that she becomes the centre of unwanted attention. Wade catches her eye though and they are soon in an encompassing love. Molly’s home life is a broken affair. Without her father, Molly’s mother Ann, must provide and care for Molly herself but she falls short. After accepting a life line from Ann’s boss, both her and Molly start to question whether anything offered for free is really without a price.

There’s a lot of worrying issues and themes within this book. It’s not immediately clear where the plot will take you but it becomes increasingly obvious at about 30%. There’s some bullying involved which seems completely pointless to me, nothing ever really gets done about it and it doesn’t turn into anything sinister. However, there is a scene which was uncomfortable to read and the rest of the book changed along with the characters.

Molly was annoyingly timid at times. I didn’t really get why she was shy. It felt like the author only made her shy so that what happens to her seems more stark later on but it wasn’t actually necessary and it grated on me. Wade was sickeningly soppy and so overly lovey-dovey that I generally skipped over the scenes where the two of them hang out. Also, this book was riddled with angst. I understand that there are some matured themes discussed but some of the decisions and actions made were too dramatic for me to believe.

It wasn’t an enjoyable read but it was gripping enough for me to want to keep reading at least. The plot itself is interesting and well worth the read but the characters and their personalities are what failed for me here. Perhaps I’m just not romantic enough to admire or appreciate some of the gestures in the story. If you like a soppy romance with intense themes and a barrel full of angst, this book is for you.

“The sharp edge of panic pierced her memory. There was a secret, a thing unspeakable.” 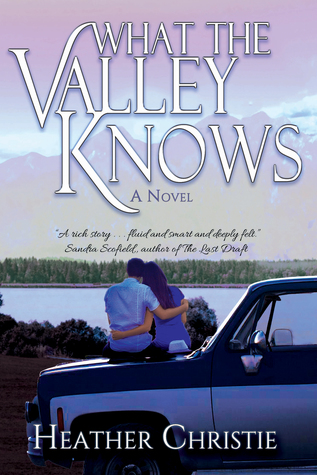