‘War Storm’ by Victoria Aveyard was a fitting end.

Synopsis: Mare is sticking with the Scarlet Guard and keeping the vision of an equal future in the forefront of her mind. However, an equal future isn’t what everyone wants and walking the line between the two is proving difficult for some. War is very much present and the schemes of courts come out in force. There’s only one way this can end with a better future, but is it the outcome everyone wanted?

War Storm picks up within minutes of King’s Cage and I will admit to being completely lost in those first few pages. I had to go back to KC and reread the last chapter to remind myself of where we got to before continuing. In hindsight, I like that the book picked up from this point because no momentum was lost, just like it wouldn’t be in real life. That’s one thing I found to be a constant – everything felt real. The choices  and decisions made seemed honest and true along with the pacing of events. Sometimes the fighting sequences felt too short for me, especially the final battle. I would have expected it to last longer but I suppose after so many battles before it, all the characters would be glad to stop early.

Speaking of characters, they all felt hardened to me. Due to the events of the previous three books, you can definitely tell that they are wiser and less trusting of others, including themselves at times. Mare gained a new type of strength in this book, and I didn’t understand her decision at first (the one at the end of KC) but I got half way through WS and understood it completely. I even understood why Cal accepted it. He impressed me the most but only really in the second half. He was exactly where he needed to be by the end. I have a lot of respect for these characters as well as Farley and Kilorn.

This book is huge! I really didn’t expect such a monster to turn up at my house and I admit to feeling quite daunted by it. Size in a book isn’t something that usually puts me off but when it’s the conclusion to a series I’m in love with, there was a high level of apprehension that coursed through me every time I picked it up. Why is there so much of it? What’s going to happen in this book to warrant so many pages? Am I ready for it to end? Those questions and many more flitted through my head numerous times. It took me a week to finish this book, which is longer than I anticipated. But I took my time with it.

Like I said before, it’s the last in a beloved series and I didn’t want it to end yet so I savoured the words and scenes and I’m really glad I did. It allowed me to settle into the story with a certain level of calm despite the events. It also allowed me to understand all those difficult decisions and outcomes. I understood the ending even though I wasn’t happy with it. It’s a peaceful ending, not necessarily happy but it has the chance to be.

“I can’t be alone with myself, not now, not yet. So I sit and listen, and I watch. And through it all, I feel his eyes.” 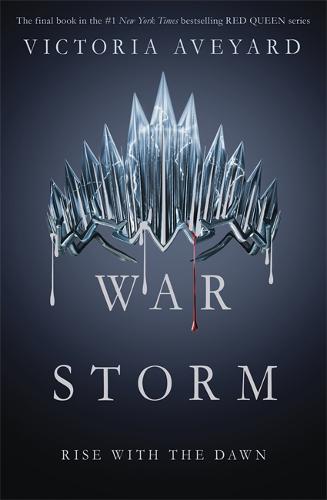