‘Harry Potter and the Chamber of Secrets’ by J. K. Rowling was a brilliant adventure.

Dobby the house elf has warned Harry Potter not to go back to Hogwarts school of Witchcraft and Wizardry this year as there are plots against him. After arriving at school surprisingly on time, Harry and Ron get right back into the swing of learning magic. However, an evil makes itself known and soon the whole student body is awash with rumours and some even whisper that it is Harry himself. With time becoming urgent, Harry and his friends set out to set the record straight and end with shocking revelations.

Harry has grown into himself a bit this year. He seems more confident of himself (e.g. at the end when he has THAT scene with Lucius Malfoy) and I’m looking forward to seeing him develop further in the books. I’m also quite interested to learn more about Dumbledore. Throughout the book he seems to have quite a heavy presence and in the flashbacks he seems remote yet aware somehow. I’d love to read a novella or something about him. It looks like there is quite a lot to explore within his character.

I loved Ron in this book. He’s starting to really come into his own and you tend to get a better feel for his character through the book compared to the film. His attitude and one liners crack me up but he’s got a quiet strength about him that makes him an unsuspecting threat. Love it. I felt there was less interaction with Hermione in this book compared to the previous one. I know eventually she’ll become a power house but at the minute she still seems kinda subdued.

The Chamber of Secrets itself sounds like a very interesting place. Having a snake myself, I am fascinated with Harry being a Parselmouth and wish I had the ability to talk to them. They are such alluring creatures, and I think it’s why I loved this book so much (even though snakes seem to be portrayed rather unwell in this series). I found the scene with Aragog a bit unsettling. He didn’t seem to be helpful and didn’t have much sympathy towards Harry and Ron. Not sure what Hagrid sees in him.

With it being set in school, I was quite surprised with how little scenes in classrooms there were. I expected there to be more learning and world building but perhaps that’s just me comparing it to the films where you’re able see the magic itself. I also keep forgetting that the book is aimed at much younger readers than myself. However, I enjoyed it immensely. The film has always been a favourite of mine and I didn’t actually see much difference between the book and movie.

“If he doesn’t stop trying to save your life he’s going to kill you.” 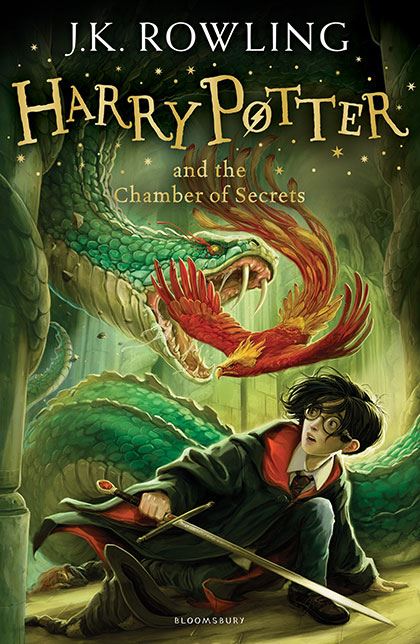