‘Blackbird’ by Molly McAdams is a book I requested for an honest review. And it was not at all what I was expecting. The blurb on the back didn’t prepare me for what I was about to read.

Briar has her whole life planned and it is above all: safe. That is until she is mistakingly stolen and sold to the highest bidder; a member of a frighteningly dangerous group of men. Learning to be a part in the Devil’s world is a hard lesson to learn especially when they keep breaking all the rules.

Briar is a relatively easy character to identify with. Apart from the weird singing when she’s afraid thing, I could sympathise with her. Sometimes she seemed to be a little too afraid which kinda annoyed me and I found that she fell in love with Lucas REALLY quickly considering her situation. I was fully expecting her to try harder to contact Kyle but it seems after that one and only attempt she was head over heels for her Devil.

Lucas/Devil/Trent – whatever name suits you – was a myriad of conflicting emotions and I felt that he was the most real character out of the whole book. However, he did also tick me off A LOT when he gave Briar the option to leave (twice!) and then also when he called Kyle. I get that you want the person you love to be safe and happy but stop trying to force them into something they have repeatedly said ‘no’ to! ARGH. I love angst in books, I love emotional conflicts in a character but there was so much of it in this book that it felt like I was reading a tennis match.

Don’t get me wrong, it sounds like I’m on the hate train here but I promise you I’m not. I felt that Briar and Lucas’ connection was legit, it did check out for me. I would believe it if I saw it with my own eyes but it just happened too quickly for my liking. In the real world, a person would not fall in love with their captor after 6 months when they were about to get married before being stolen. That’s where the book lost touch me a little bit.

There are a fair few of these captor/captive stories circulating and the majority that I have read seem to follow a similar pattern of how the captor has a change of heart and they both live happily ever after in the end. This book was slightly different from previous books I have read in this genre as the captor isn’t really one and has a whole other side to his character. This was a good twist that I didn’t see coming and it’s kind of what saved this book for me.

I did enjoy this book. There was a lot of darkness and the inner turmoil of the characters is what captivated me however I can’t help but feel that some of the book dragged and then all of a sudden there was only 2 chapters to conclude it all. I felt like some parts could have been cut so that the ending was rightfully prolonged. Despite the faults I have found with this story, it deserved a longer ending and I feel like I need to know what happened to that group of men. Were they sent to prison? I guess I’ll never know.

“You can’t attempt to touch me with your light and not expect me to darken your soul.” 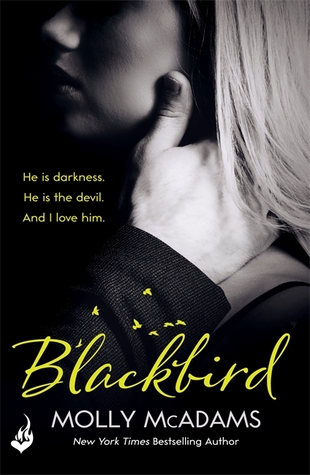